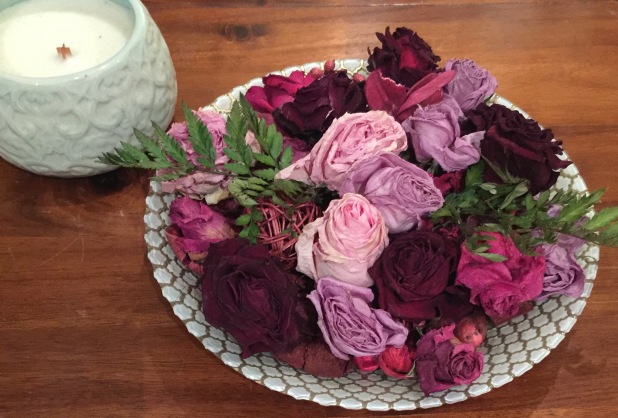 My Thoughts on ‘Selma’

The Selma girls…giggling, pressed hair, church best, the memory of sweet candy tickling the nostrils and the faint perfume of mama and the mark of papa’s bristle grazing the cheek in a kiss lingers…they own the world, the flowery summer out there waiting to be explored and the joy of tomorrow…

Their lives cut short, a violent pause on a normal day, an explosion ripples through, cuts short what had been cut an overly long time prior, with a sharp tongue…words fanning the flames of fear and hate for the other.

The staccato rain of race being the lowest common denominator in describing the antagonists and protagonists hits the viewer, it tells the basic element that underlines the interactions, there are no grey areas.

Going against the tide is always an arduous task even more so when death is the price for challenging the status quo. White, black, passionate men and women, ordinary folk…and fiery preachers with their retinue of activists pulling here and there, a difference in opinion on how best to tackle the monster in the room, flawed men and dignified women chipping at the edges, fraying the seams of entrenched walls standing resolute, near timeless, final.

A tribute to Oprah Winfrey (Annie Lee Cooper) whose portrayal of the lone woman walking the lonely path trying to register a right to vote was an emphatic, poignant line in the sand.

Hats off to David Oyelowo (starring as Martin Luther King – MLK); he was the beacon on whom all eyes turned to hold this all important story, he filled the shoes, and more, oh one could see his restraint as he brought out his all, anymore and it would be too much.

He struck that delicate balance between the gift that hindsight brings, and the reality of that time not so long ago. The privilege to be alive in a time when the majority aligns with the battled for position, a sure footedness which we take for granted in today’s world on the rightness of this particular cause, absent at the time MLK walked the earth.

He and the stellar cast let us ‘see’ that world as though someone had rewound the reel and allowed us peer in, a ring side seat. Tom Wilkinson (as President Lyndon Johnson) Carmen Ejogo (as Coretta Scott King), Tim Roth (as George Wallace), Common (as Bevel).

It was interesting to see the story of a time in MLK’S life separate from the well know speech ‘I have a dream’.

Selma (Directed by Ava DuVernay) gave life to the story of a people whose lives had come to be interwoven by a bitter bent in history, clouded by race, nuanced by their common humanity. And the resolve in the face of great odds that they must see it together…step by step…mile by mile on that march from Selma, across the now iconic Edmund Pettus Bridge, to Montgomery and on to the steps of the State Capitol, an appeal to the conscience of the Nation on the very bastion of the words;

“We hold these truths to be self-evident, that all men are created equal, that they are endowed by their Creator with certain unalienable Rights…”

My Thoughts on ‘Half of a Yellow Sun’

‘Half of a Yellow Sun’, the movie directed by Biyi Bandele and adapted from the book by the same name by Chimamanda Ngozi Adichie is a story of two lovers who find themselves caught up in more than the regular mundane trifles that would otherwise concern those in their same situation.

The normalcy is captured quintessentially at the care free start, where Olanna (Thandie Newton) and Odenigbo (Chiwetel Ejiofor) worry about things we see across time and across climes; does he/she love me enough, affairs that break the heart, and mothers-in-law who are frightened of the new woman.

We are introduced early on to an archetype angry mother-in-law (Onyeka Onwenu), a cheating boyfriend and a woman in despair and we have a recipe for what obtains quite frequently in Nollywood movies. Same ingredients but tempered as the particular conflict between mother and would be daughter-in-law did not overwhelm. The story was laced with more depth as the characters flowered and found themselves.  HOAYS also takes more risks allowing the audience a peek into a wider range of interactions, the scenes move in quick succession. It sits resolute in a time period, the near picture perfect setting transports the viewer giving integrity to the story.

The serious but optimistic doctor of ‘books’ Odenigbo (a university professor),   his returnee beautiful girlfriend Olanna, her twin sister Kainene (Anika Noni Rose) and her English boyfriend, Richard (Joseph Mawle) and their academic friends including Ms Adebayo (Genevieve Nnaji), enjoy some happy evenings discussing politics, wine, romance etc, laughing heartily and showing an optimism for the future. Ugwu (John Boyega) the houseboy trailed, never quite commanding the presence he had in the book, not a fault of the actor but more likely the adaptation.

The pacing allowed one momentarily forget that a war loomed. When the conflict that introduced ‘Biafra’ inserted itself violently into the narrative, it came as a shocking intrusion especially with the brutality shown. It drove home a well-known fact in wars; that those who are killed and those who suffer are the innocent, caught up in a gladiatorial contest far removed from their control. Swept along, we follow Olanna and Odenigbo on a journey through their pain and fears and heart-racing; through their triumphs served in small measures, tepid in parts but overwhelming in its intensity.

The gore that typically crowds war movies was nuanced and the flashbacks in black and white, documentary-like, gave a background to the story and fleshed out the narrative. The choice not to use real life actors but archived footage lent a stamp of authenticity of a real life war, it gave a sombre bent to the story taming the after-glow of the happy love story.

HOAYS portrayed the Nigerian Civil War with a delicate balance, walking a tightrope in a story of a two sided conflict of nervous protagonists and antagonists even in today’s Nigeria where a collective amnesia is the seeming default position, a shroud that never quite covers the ‘why’ of the story, barely there but the elephant in the room.

We are held curious to the end. The hunger for more lingered at the end, not only because Kainene was lost, an unending thread tying her to the hearts of her loved ones. Odenigbo and Olanna were brought to life by Chiwetel Ejiofor and Thandie Newton so strongly.

One must not forget Odenigbo’s blue car, it became iconic meandering here and there dodging bombs by sheer luck and nothing else.

The story was told in the second half in ‘quickened’ succession, we raced along as they raced for their lives and arrived at the credits breathless yet wanting more. 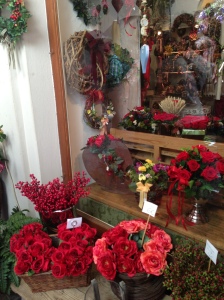 My Thoughts on ‘The Wolf of Wall Street’

He is an enigma;  a drink driving, cocaine snorting, sex crazed, sleaze ball whom they all adore. Welcome to Jordan Belfort’s world. A gigantic ball of shiny, newly bedecked, noveau rich stock brokers whom Jordan himself moulds into mini Jordans, each one garish, brutish but entirely loyal and fiendishly capable of separating obtuse investors from their cash in huge mouth-watering sums.

Leonardo DiCaprio hits the road running. He is the chameleon whom we can’t differentiate from Belfort as he strikes at the heart of the role giving it his all. There is nothing caricature about this. He becomes the character so much so that his excesses are no longer something to wonder about, it is just who he is.

Jordan changes his first wife Teresa (Cristin Milioti) as he would his old car and old life; he trades her for a newer fresher and more beautiful model with nary a look as she weeps fading away from our screens. Naomi, beautiful, voluptuous and willing to be his fantasy and go the extra step but it is not enough as he pushes himself further and further. His cravings have the lead and they drive him to seek satisfaction from even more debauchery.

The Wolf of Wall Street (directed by Martin Scorsese) is shocking in its decadence; naked grinding women and men become so common place they barely need a glance from the audience. Jordan and his clones are perpetually on a high from a cocktail of prescription drugs and hard drugs, they float on clouds from where they pluck witty comments by the dozen.

He is himself the proud husband who gifts his new wife Naomi Lapaglia (Margot Robbie) a yacht with a landing pad, a helicopter sits daintily on top.

When an investigation into his activities by FBI Agent Patrick Denham (Kyle Chandler) comes to light, he is nervous but yet arrogant. He belittles the agent’s poor wages and mocks his respectable normal life. His undoing is his greatest strength; his addiction to his vision. He simply cannot let go and when the steam train crashes, Jordan lies in a heap crafted with his own hands. He loses everything, every material thing. Except his gift of gab, his ability to sell and to inspire a following. He fades from the scene and sits a shadow of the former lusty Wolf astride his empire; he is a shadow that lurks as the movie ends, a fool and his money are soon parted.

The Wolf of Wall Street is audacious; it pulls no punches celebrating the lead character as an enigma, and although the victims are a part of the narrative, they are weak and hidden from view. When Jordan Belfort gets his comeuppance, they are but an afterthought, eaten and spat by the Predator and the storyteller.